Pangkor Island's history dates back to the colonial days by the Dutch in 1670 when Pangkor was a transit/ trading point for the mined tin mined in Perak state.

Today, parts of the Dutch fort has been restored and it is one of the most visited sites on Pangkor Island, amongst many others. 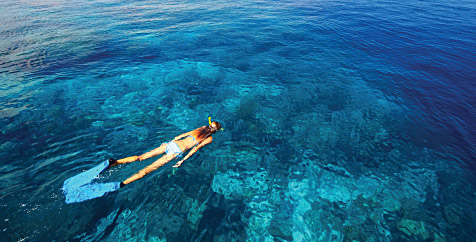 Snorkeling and scuba diving are amongst the favourite water based activities here on Pangkor Island. Other popular activities include paragliding, jet skiing, kayaking and beach trampoline. 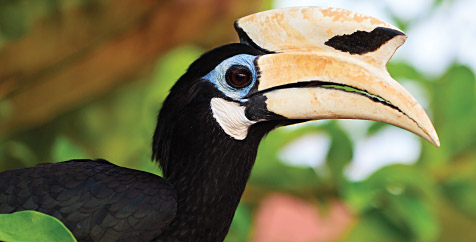 Pangkor Island is home to many exotic wildlife, due to its undisturbed centuries old rainforest and the most widely known are the hornbill and the macaque monkeys. 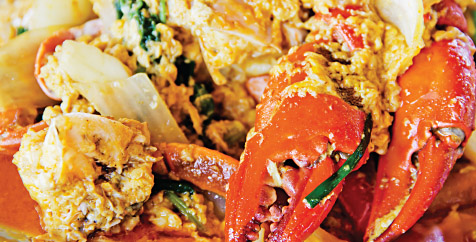 Pangkor’s staple cuisine is non other than seafood at affordable prices ranging from a variety of seasonal catch fish, squid, prawns and crabs. Many tourist visit the seafood processing factories, to witness first hand the traditional recipies and ingredients used in the making of salted fish, dried seafood and seafood paste, all popular souvenirs amongst Malaysian and foreign visitors.

Pulau Sembilan is a government gazetted Marine Park, 30 minutes away by boat. Pulau Sembilan offers rich and colourful marine life to divers and snorkels. Deep diving is available in the vicinity visiting wrecks of numerous merchant boats of the 1500s. 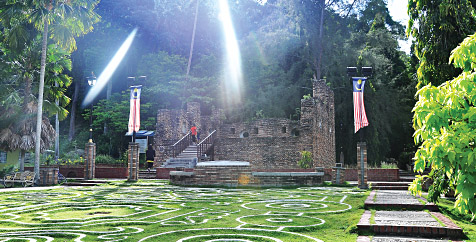 The Dutch Fort, more commonly known to the locals as Kota Belanda used to be a sighting post, armory and supplies post for tin mined in the Malay Peninsula before it is shipped out to Europe. Today's restoration work depicts the former glory of the Dutch Empire. 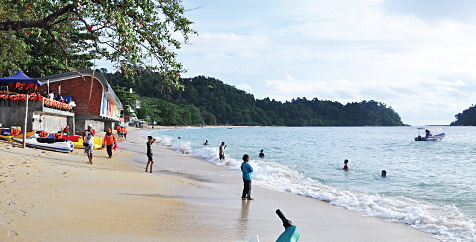 Pasir Bogak Beach being the most popular beach has its reasons. It hosts calm, shallow and crystal clear thus earning the title "Largest Swimming Pool in the World". Often crowded with eager sunbathers, the list of activities here is endless. 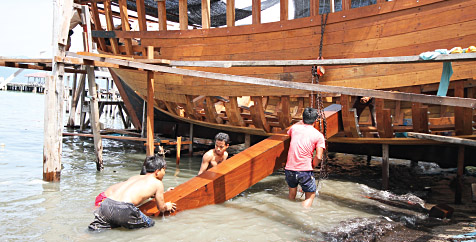 Boat building has been a tradecraft amongst the local chinese passed down from generations. Rising timber prices and dwindling interest in the traditional boat building craft have driven prices of these highly sought after masterpieces to over RM1.5 million each. 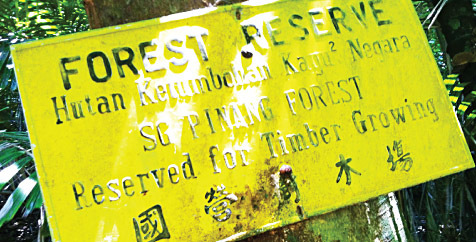 Pangkor island is 90% cover in lush jungle. The dense jungle and island setting causes the temperature to be some 3 degrees lower than in Peninsula Malaysia. Jungle trekking is another alternative to beach activities for those unafraid of leech bites.